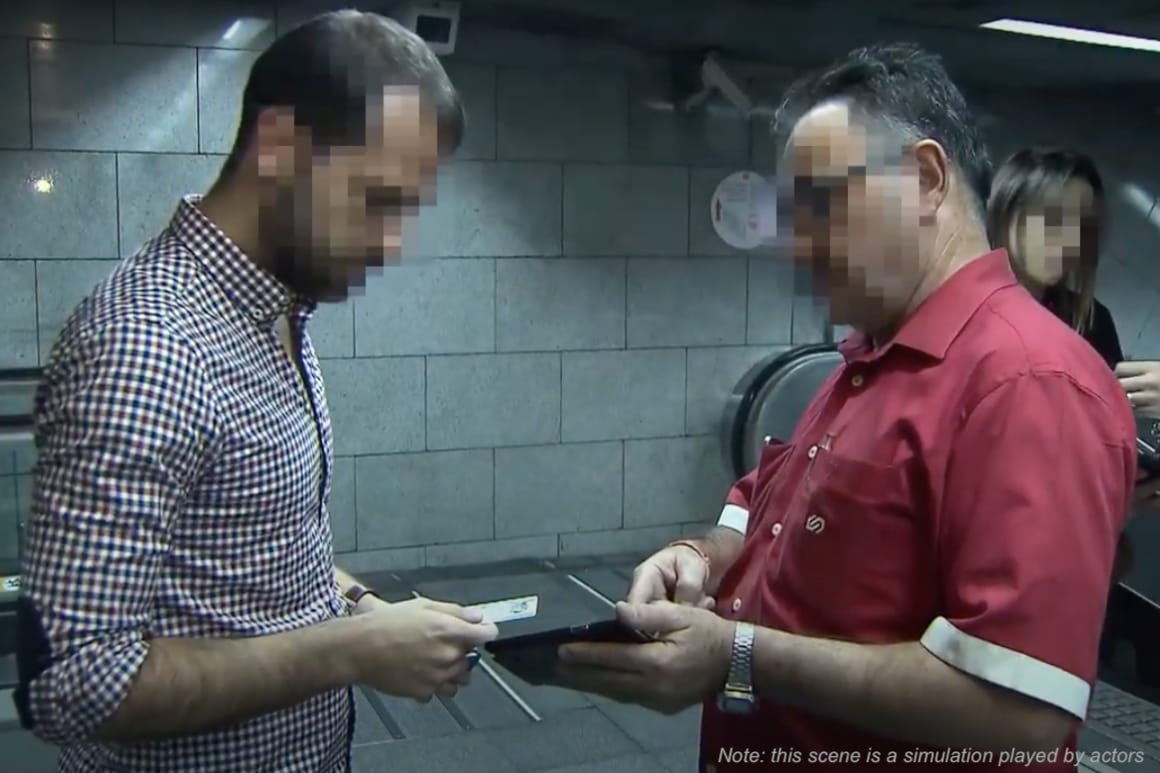 Ticket inspections are a necessity to protect fare revenue in many public transit networks globally.

Traditional mass ticket inspections typically involve a team of inspectors checking all passengers, or a large pool of passengers, at key transit access areas during a determined period of time. The checks can take place, for example, at entryways, or inside vehicles.

Mass inspections at fixed access areas have the advantage of scanning a large pool of passengers, each inspector checking one passenger at a time, preventing any fare infraction during that time period when the checks take place. These types of inspections have a psychological deterrent effect.

However, this method lacks flexibility, as with sequential checks, it impedes and slows down passenger traffic flow, making it unpractical at rush hours. At the same time, this method downgrades the experience for paying passengers. Even though they have valid tickets, they are obliged to go through the control, and possibly even have to wait in line if there are many passengers, causing delays.

Mass inspections inside vehicles have the element of surprise, as they are unannounced. Ticket inspectors board the vehicles at certain stations and conduct checks on some or on all passengers. This method is more flexible as it does not impede the passenger flow as much, and can be implemented at rush hours. Also, it has a deterrent effect.

The disadvantage of this method is that it may not always allow checking all the passengers at the same time if there is a limited number of inspectors, too small to cover the full pool of passengers within that given timeframe. Also, as the teams can only operate on some vehicles at a time, this means that fare evaders can still escape undetected.

A common disadvantage of mass ticket inspections both at fixed points and inside vehicles is that when there are no inspections, fare infractions can still occur.

In the context of Covid-19, mass ticket inspections pose a safety risk, because they require multiple interactions between ticket inspectors and passengers. Also, people might form groups and queues, possibly making social distancing hard to implement. 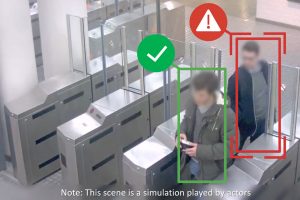 Another method to tackle fare evasion recently made possible by advances in Artificial Intelligence technology is the use of selective inspections, which focus directly on fare evaders. Instead of manual, human checks of each passenger in turn, this method uses AI algorithms to analyse video streams from surveillance cameras at a given site, and automatically alerts ticket inspectors when detecting fare evasion.

In contrast to mass controls, selective controls allow more flexibility. Ticket inspectors do not stop all passengers for checks, and can intercept fare evaders at rush hours without interrupting the passenger transit flow.

Another advantage of AI Video Analytics systems is that they run with the same robust accuracy, 24/7. Identifying fare evaders is not constrained to a specific timeframe, and this creates a more powerful deterrent effect.

Because selective inspections inherently imply less person-to-person interactions, they are better suited in the context of the Covid-19 pandemic.